The first big trade of draft day was deal between Montreal Canadiens and Columbus Blue Jackets. Max Domi was sent to Columbus for Josh Anderson, but the Blue Jackets also recieved a 3rd round pick from the Habs. It will be the 78th pick in this year’s draft. Both forwards are restricted free agents and … Läs mer

Yesterday Erik Karlsson re-signed with the San Jose Sharks, and was awarded an 8-year contract extension worth $ 92 million. It will be an annual cap hit of $ 11.5 million. Sharks took a gamble on his health for the future, but still get one of the most dynamic and mobile defenseman in the league. … Läs mer 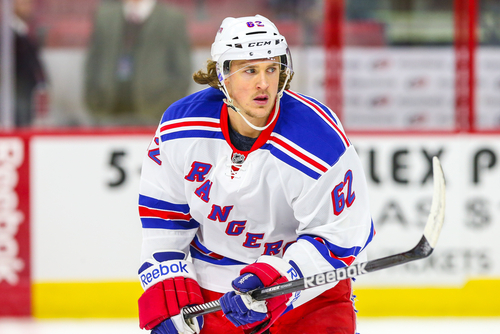 Yesterday Washington Capitals sent Matt Niskanen to the Philadelphia Flyers for defenseman Radko Gudas. The move was probably made to get some more cap space, and today the Caps needed just that. They announced the re-sining of Swedish forward Carl Hagelin to a new four-year deal. The contract extension is worth $ 11 Million, with … Läs mer